Gary Johnson's Latest Gaffe: "Nobody Got Hurt" in NYC Bombing

CNN has reported that the pressure cooker "bomb" in New York City resulted in 29 people being injured. Count 'em -- twenty-nine!

Yet later, on a CNN interview, Libertarian presidential candidate Gary Johnson says he's "just grateful that nobody got hurt."

Proposition 52 – NO – State fees on hospitals

Proposition 64 – NO – Adult Use of Marijuana Act (AUMA)

Explanation on Prop 64: While the LP has been a strong supporter of ending marijuana prohibition for over 40 years, this proposition does more harm than good, damaging medical availability, and creating additional criminal offenses and regulations. 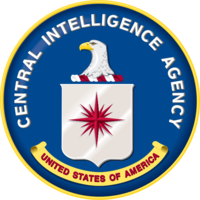 During a 33-year career at the Central Intelligence Agency, I served presidents of both parties — three Republicans and three Democrats. I was at President George W. Bush’s side when we were attacked on Sept. 11; as deputy director of the agency, I was with President Obama when we killed Osama bin Laden in 2011.

I am neither a registered Democrat nor a registered Republican. In my 40 years of voting, I have pulled the lever for candidates of both parties. As a government official, I have always been silent about my preference for president.

No longer. On Nov. 8, I will vote for Hillary Clinton. Between now and then, I will do everything I can to ensure that she is elected as our 45th president.

Two strongly held beliefs have brought me to this decision. First, Mrs. Clinton is highly qualified to be commander in chief. I trust she will deliver on the most important duty of a president — keeping our nation safe. Second, Donald J. Trump is not only unqualified for the job, but he may well pose a threat to our national security....

Trump is no libertarian, but it's noteworthy that the Establishment is so anti-Trump.

I found an old clip from C-SPAN. I don't know if it's widely known, but it's new to me. It's from the 2000 presidential race. Then Republican Governor of New Mexico, Gary Johnson, endorses -- even praises -- George W. Bush for president.

Johnson is currently running for president under the Libertarian Party banner, as he had previously in 2012. I agree with critics who complain that the LP's 2016 Johnson/Weld ticket is too pro-Establishment, too pro-mainstream GOP, too pro-Clinton.

As for the above clip, take it for what it's worth.

KFI's Gary and Shannon Think the Defense Budget was Slashed by 87.5%

People display astonishing ignorance when trying to comprehend our bloated military budget -- or anything having to do with numbers at all, really.

A recent example of innumeracy was displayed by KFI-AM's Gary Hoffman and Shannon Farren, who think the Department of Defense's budget was slashed by 87.5% after eight years of Obama.

Even if there were any military cutbacks under Obama (there weren't), the idea of an 87.5% reduction is absurd on its face. Such massive cuts would have effectively shut down the military. Yet the two Los Angeles talk radio jockeys bought into that whooper of a lie during an interview with Chuck Mcdougald, held on July 18, 2016, at the 2016 Republican National Convention.

Mcdougald is the Western Region Director for Concerned Veterans for America. In short, he's an activist. It's his job to lie. And it's Gary and Shannon's job to catch lies -- especially when they're so obviously a lie.

In this brief clip, you can hear Mcdougald pass off his lie, which Gary and Shannon swallow whole.

And apparently, nobody at KFI (AM 640 in Los Angeles) had their brains turned on that day, because nobody rushed in to correct Gary or Shannon. During the following hour, Shannon repeated Mcdougald's whopper to KFI "political analyst" John Thomas.

The Secretary of State has posted the final statement of vote for the June primary.

For our candidates who were printed on the ballot, the vote percentages were:


Unfortunately, none of them was in Top Two.

AD 62 - Baron Bruno - 32 votes - tied with another write-in candidate; under the law, both will advance to November for a unique "Top Three."


Ultimately, there are only two unopposed legislators for November: Democrat Eduardo Garcia in AD 56 and Democrat Reggie Jones-Sawyer in AD 59. I am disappointed because I almost had someone in AD 56, but it didn't pan out. In any event, we will have five state legislative candidates in November.

Obama Gives More Money Than Ever to Israel

The White House is reportedly planning to accept Israeli demands for increased military aid, following pressure by the US Senate to sign a new Memorandum of Understanding laying out US support to Israel for the next decade.

With the current Memorandum of Understanding set to expire in 2018, Israel has been pressuring the White House to enlarge the annual aid package from $3.1 billion to between $4-4.5 billion.

Israeli "demands"? What right does any foreign nation have to "demand" freebies? Israel doesn't even bother to ask. Israel "demands."

Part of Israel's rationale for its demands is that Iran is buying more weapons. Buying, not demanding freebies. Okay. So what's stopping Israel from buying more weapons? But to demand freebies? Even to ask for freebies would be wrong. No foreign nation deserves freebies from Uncle Sam.

Of course, this means cognitive dissonance for pro-Israel, anti-Obama fanatics on the Neocon site, Free Republic. It's an article of faith among "Freepers" that the hated Obama hates their beloved Israel. How then to explain Obama's unprecedented largesse for Israel? Their rationales are hilariously dishonest:

* Largest aide package, from Obama, means a super sized box of Wheaties kicked out of a C130, with a bad parachute.

Well, no. Obama's aid (not aide) package means more money than ever for Israel. This Neocon Obama-hater just can't admit that Obama is extremely pro-Israel.

Understand, this Freeper knows better. He knows that Obama will send much money to Israel. He just can't admit it.

* Not until Obama, has an American president so often given into the demands of other nations. It makes the United States look weak on the international stage and that in the end hurts Israel, showing the world that Obama is the most anti-Israel president in U.S. history.

Let's examine the above Freeper's "logic." Caving to Israel's demand for money makes America look weak. This is bad for Israel. Thus, if Obama gives money to Israel, that proves he hates Israel.

Hey, in that case, can we show some love for Israel -- and not send it any money?

I didn't think so.

* Obama will make promises... and deliver nothing.

No matter how much money a politician sends Israel, he must always be open to accusations of being anti-Israel, thus pressuring him to send still more money on the next go around.

Wayne Allyn Root, the Libertarian Party's 2008 vice presidential nominee, praised Donald Trump on Fox News for revitalizing the GOP. Root says that, thanks to Trump, "the GOP has its mojo back!"

The above Fox News clip is from last March, but I just came across it.

It's ironic that Root is praising Trump, because Root has long been a strong advocate of free trade. It's been one of his few consistent policy positions -- whereas Trump has advocated protectionism throughout his 2016 campaign. So it seems that Root is now ditching yet another one of his previous "principles."

However, Root's turnabout is not surprising. Trump is getting a lot of media face time. I suspect Root hopes that by cheerleading for Trump he might share in that limelight.