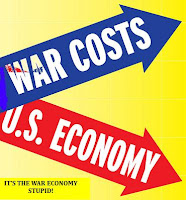 Republican presidential candidates not only support money for Israel (despite the debt ceiling crisis, entitlements for Americans are subject to budget cuts, but not entitlements for socialist Israel), but they're lining up to express a willingness fight wars for Israel.

Herman Cain is the latest. The Washington Times reports:


"Republican presidential candidate Herman Cain said Monday he would attack Iran to prevent it from acquiring nuclear weapons or to respond to aggression against Israel...

"Mr. Cain said that, as commander-in-chief, he would 'make it crystal clear [that] if you mess with Israel, you’re messing with the United States of America,' but stressed that his 'Cain Doctrine' would not be a 'blank check' for Israeli military action.

" 'There will be a set of conditions and circumstances that I will work with Israel on for them to understand that they cannot abuse that doctrine,' said Mr. Cain, a former CEO of Godfather's Pizza."


What "conditions and circumstances" Cain would impose on Israel, he does not say. 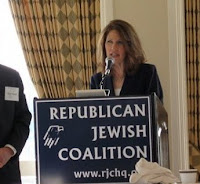 "[W]e have to show that we are inextricably entwined, that as a nation we have been blessed because of our relationship with Israel, and if we reject Israel, then there is a curse that comes into play."


A curse? Well, I guess you can't argue with a curse from God.

Bachmann's extreme-right brand of Christian fundamentalism (unlike Catholicism, which is more peace-oriented and even-handed on Muslims) not only motivates her slavish devotion to the Israeli government, but also inspires her harsh views on gays.

Ironically (in that Cain and Bachmann likely consider themselves admirers of the early American patriots), George Washington advised precisely against their kind of favoritism toward foreign nations, when he wrote:

"Excessive partiality for one foreign nation and excessive dislike of another cause those whom they actuate to see danger only on one side, and serve to veil and even second the arts of influence on the other.

"Real patriots who may resist the intrigues of the favorite are liable to become suspected and odious, while its tools and dupes usurp the applause and confidence of the people to surrender their interests."


More irony: the Libertarian Party claims to support a non-interventionist (i.e. unbiased and even-handed) foreign policy. Yet it is "libertarian" Wayne Allyn Root who exhibits "excessive partiality" for Israel, and "excessive dislike" for its perceived enemies (which apparently includes Muslim Americans).

And it is Republican Ron Paul who opposes favoritism in the Middle East, treating all nations equally, and putting all Americans (regardless of religion, or no religion) first.
Posted by Thomas at 11:42 PM