I recently wrote a letter to the editor opposing sales taxes and rent control. The details (the context, which newspaper) aren't important. What is important is this: I made no mention of the Libertarian Party or of the libertarian philosophy.

Some libertarians have made a sexual fetish of "the L word." What I call Sesame Street Libertarians. 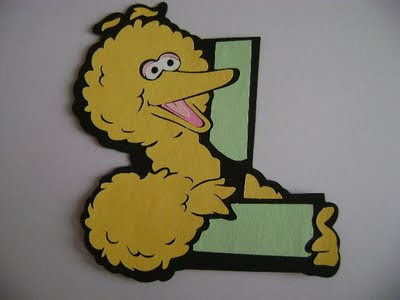 Back when I was active in the California Libertarian Party, I met many LP members who measured the value of their activism (mostly letters to the editor and calls to radio talk shows) by how often they managed to publicize the word "libertarian."

"I wrote 'libertarian' twice in my letter to the editor," one LP member might say, "but the newspaper deleted one instance, so they only printed 'libertarian' once."

"I managed to say 'libertarian' three times during my call to a radio talk show," another would brag.

These sick puppies measure the value of their message not by its cogency, intelligence, integrity, or persuasiveness -- but by the number of "L word" hits.

They imagine that getting "the L word" out there is itself a good thing, because the more often people hear "the L word," the more likely they are to vote Libertarian. Sesame Street Libertarians think that selling the party is like selling Pepsi. These "vote getters" emphasize "branding" and "marketing" over ideas, principles, and truth.

One problem with this thinking is that it elevates form over content; packaging over substance. We see the result.

Today, Sesame Street Libertarians infest the LP. Obsessed with winning votes for "the L party," they regard principles as a ball-and-chain that prevents the LP from winning elections. They've sold out, with nothing to show for it at the ballot box.

I think the reverse is closer to the truth. "The L word" is a ball-and-chain that defames libertarian principles.

Why do I refuse to use "the L word" in my letters to the editor? Because one can more effectively promote libertarian ideas if one ditches "the L word" -- and even more so, "the L party."

If I argue against a sales tax increase, without identifying myself as a libertarian, then people from across the political spectrum are more likely to consider my ideas with an open mind.

If I call my ideas libertarian, then many people who are prejudiced against libertarianism will shut their minds to my arguments.

(This is why actor Mike Farrell tells people to "Just call me Mike." -- because he thinks political labels prevent people from listening to each other with an open mind.)

Do libertarians want to promote their principles -- or a political party?

If principles, then it's wise to ditch the ball-and-chain that is the Libertarian Party. Don't mention the party. Don't even mention "the L word" as a philosophy. Now that Sean Hannity, Wayne Allyn Root, and all manner of neocons are hiding behind "the L word," it's likely been corrupted in many people's minds anyway.

If, on the other hand, you're more intent on promoting the LP rather than principles, well then, take a tip from Howard Stern. Call every random radio talk show, and in the middle of the conversation, start spouting, "Libertarian, libertarian, Baba Booey, Baba Booey, Wayne Allyn Root rules!"

It won't win the LP any votes, but nothing does, so you may as well get "the L word" out of your system and enjoy the rush.
Posted by Thomas at 12:27 AM

well, at least the Libs have reasonable icons. The effeminate gardeners of the Sun Flower group and Green Party foolishness.

The Prohibition Party and a corporate sponsorship by Southern Comfort ????????