According to the Daily Paul:

Gail Lightfoot has been spearheading a drive to get the required number of electors, and I just got an email from her that Evelyn Mendez, Program Manager Candidates & Elections in the California Secretary of State's office, indicates we have 70 completed elector forms! Gail is working with her to finalize the 55 electors.

Ron Paul will be an official write-in candidate for the office of president in California! If you write in 'Ron Paul,' it WILL count!"

Details at the Daily Paul.
Posted by Thomas at 5:47 PM 2 comments: 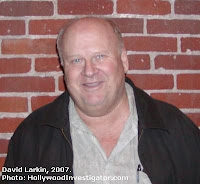 I knew David to be one of the good libertarians. Principled, friendly to all, generous, helpful, without ego or malice.

He was a Vietnam War veteran who last year spoke of his war experiences and how he became an antiwar libertarian.

David was about 60 years old. He was overweight, led a sedentary lifestyle, and had long suffered from diabetes. I expect those were contributing factors to an all-too-early death.

Like the late Samuel E. Konkin III, David died all too soon. He will be missed by his many friends and compatriots.

Details on his memorial services pending.
Posted by Thomas at 4:32 AM No comments:

I beat Chris Buckley by six and a half years. I canceled my National Review subscription in Spring 2002, after they turned into war-crazy neocons.

(Some may say they were already walking that road, but they actually resisted nation building while Clinton was president.)

I'd been a loyal subscriber for about 15 years, but it was time. To paraphrase Ronald Reagan: "I didn't leave National Review. National Review left me."
Posted by Thomas at 7:14 AM No comments: