I was in Winnipeg last May to attend the World Horror Convention, which met in Canada this year. As I do at every convention, libertarian or otherwise, I spent a good portion of my time touring the host city. On May 3rd, I visited the Manitoba provincial capitol building, which is in Winnipeg.

It was a Sunday afternoon. I didn't expect anything other than to view the capitol from the outside. I found a typical government building, massive and fronted by white columns. I climbed the steps to the entrance, not really expecting to gain admittance.


To my surprise, the door was open. Inside, I found a solitary security guard behind a reception desk. I asked if tours were offered. Not on Sundays, I was told, but I was free to browse the building.

The guard was pleasant and all smiles. He asked for my name and city of origin. He wrote it in a visitor's log -- but he never checked my I.D. I didn't lie, but I could have.

I wore my usual weathered khakis. A camera hung from my neck.

I passed through no metal detectors. No X-rays. No searches.

The guard gave me a clip-on Visitor's badge. Then I was let loose in the provincial capitol, free to wander, free to photograph. Unescorted.


The capitol was deserted on a Sunday afternoon. I explored all four floors, from the basement to the top, clicking away with my camera. Most of the time I was alone, no one in sight. If there were any security cameras, I didn't see them. Even if I were being observed, no one rushed to stop my taking pictures. The level of trust placed in me, a foreigner (I'd truthfully told the guard that I was from California), was amazing. 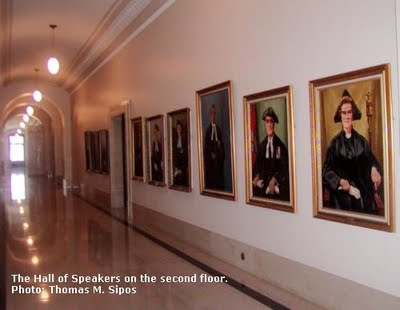 I can't imagine that many key U.S. government buildings would place as much trust in Americans, much less foreigners. No I.D. No metal detectors. No X-raying bags. In the U.S., guards get suspicious if someone is seen taking photos outside a government building. Consider the security measures (and list of prohibited items) that visitors to California's state capitol museum in Sacramento must undergo.

Why do Canadians fear terrorists less than do Americans?

I suspect it's because Canada has a reputation for minding its own business overseas.

Canadian foreign policy has not been perfect. At times it's slavishly rubber-stamped British or American wars. The hallways of Manitoba's capitol are covered with plaques commemorating all manner of people and events, including such insanities as the Boer War and World War I.


Even so, Canadians have been minor followers of British and American imperialist policies, rather than policy-makers. Canada doesn't install foreign despots or fund ungrateful "allies" that oppress and kill innocent civilians. As a result, no one hates Canada for its freedom and prosperity. Its buildings are not terrorist targets.

Imperialism does not justify terrorism, but it does motivate terrorism. Creating enemies abroad spurs a police state at home. Imperialism diminishes freedom for both the conqueror and the conquered. 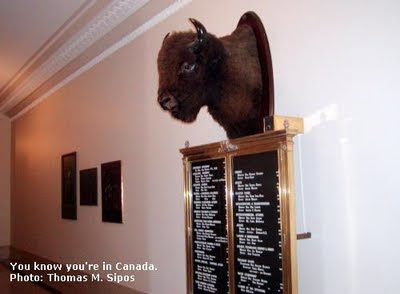 It's silly, but Canada still enjoys a vicarious thrill from its ties to the defunct British Empire. One plaque in the Manitoba capitol "commemorates the arrival on Canada's soil of those British subjects whose loyalty to their King, faith in God, and courage to endure hardships caused them to sacrifice their homes in the American colonies, and to pioneer in the Canadian wilderness. The mark of Honour, U.E., established by Order-In-Council No. 25 passed at the City of Quebec on November 9, 1789, and approved in London in 1790, was conferred upon the Loyalists and their descendants." 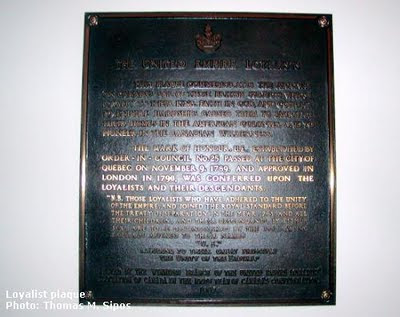 This means that descendants of those Tories who fled the American Revolution for Canada get to affix U.E. after their names. U.E. stands for United Empire. Thankfully, now an empire in name only. 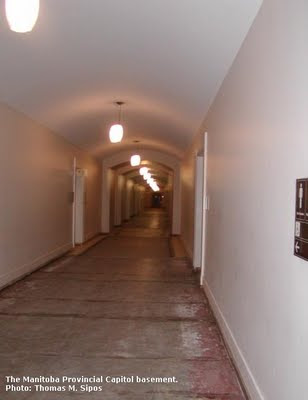 Okay, so Canadians are wrong about the American Revolution. And there are other things they can learn from us. Canadians are weaker on free speech ("hate speech" is a crime) and gun rights. Then there's their socialized medicine.

But there are things the U.S. can learn from Canada. War and empire do not make a nation safe. Peace and non-intervention bring safety and security.
Posted by Thomas at 12:52 AM 2 comments:

The below is written by Kevin Zeese, Executive Director of Voters for Peace, and reprinted by his permission:

Many view the August 20, 2009 election in Afghanistan as a fraud. The candidates are all approved by the U.S. There are no political parties. The Taliban cannot run candidates. The vote takes place under U.S. bayonets.

There have been reports of the presidential election sparking violence, corruption, vote buying, and alliances between Karzai and warlords.

One Member of Parliament, a woman who is the youngest Member, wrote that Afghans have "no hope" in this election. A fake election will not bring peace and stability.

President Obama has fully embraced the Afghan War, and done so when generals and DoD officials are acknowledging the U.S. is losing, deaths are mounting, and it's going to be a very long haul -- measured in years not in months. One general is saying four decades.

Those who oppose this war must organize. We need more people informed about the facts. More people involved in ending the war.

Please urge people to take action. Take action yourself. Urge President Obama to end the Afghan War. The U.S. cannot succeed in the graveyard of Empires and cannot afford to continue this war.

The Pentagon is spending nearly $5 billion per month in Iraq and Afghanistan, a pace that would bring yearly costs to almost $60 billion.

Military fatalities are consistently rising. Civilian deaths are rapidly rising due to drones and air attacks. These deaths are undermining support for the U.S.

Military leaders in both the U.S. and Britain are saying troops will be needed for years in Afghanistan. State Dept. officials are describing a lengthy occupation lasting many years. The U.S. is showing its intention by building huge bases in Afghanistan. There are calls for a vast increase in troops.

The U.S. is repeating mistakes of the Iraq War with very high civilian deaths and abusive prison camps. Afghan insurgents are winning and holding land. They are a very difficult enemy for U.S. troops. The Taliban is stronger than any time since the war began.

Afghanis are increasingly angry with the U.S. presence. In some cases, overcoming Afghan resistance seems insurmountable and the U.S. is considering pulling troops from some regions.

It seems as if the U.S. can neither define victory, nor measure success, nor does it have a clear objective in the Afghan War.

The Afghan War is increasingly unpopular at home, with only 41% supporting the war. Throughout the world, opposition to the war is increasing. Even soldiers see the war as futile.

The Obama administration is at a critical crossroads regarding Afghan policy. Please write the president and urge him to end the Afghan War. And urge everyone you know to do so.
Posted by Thomas at 12:25 AM No comments:

The Federal Election Commission has released its "2008 presidential popular vote summary for all candidates listed on at least one state ballot." The results:

However, it seems from this the FEC only counted Ron Paul’s votes from states where he was on the ballot (Montana and Louisiana).

Paul insisted that he was not a candidate for president, yet his support is so strong, it seems he pulled nearly 60,000 votes just by not running.

Imagine if Paul had run, and was on every state's ballot!
Posted by Thomas at 4:27 AM No comments: