Okay, not as "pro-peace" as I would like. But Carol Moore forwards the following message from Robert Naiman:

President Obama wants to nominate Senator Chuck Hagel to be Secretary of Defense. Hagel wants to end the war in Afghanistan, prevent war with Iran, and make reasonable cuts to the Pentagon budget.

Some right-wing groups are trying to scuttle the nomination by making up lies about Hagel's record. Show President Obama you have his back in nominating his first choice, Chuck Hagel, by signing this petition.

That's why I signed a petition to President Barack Obama, which says:

"President Obama, we have your back. We support your choice of Chuck Hagel to serve as the next Secretary of Defense. We will urge our Senators to vote for his confirmation."

Well, it sounds like Hagel might not be as bad as some other potential choices -- especially if you read Doug Bandow's piece in The Huffington Post (Dec. 21, 2012): Neocons Against Chuck Hagel.

So you may want to consider signing the above petition.

Posted by Thomas at 9:13 AM No comments: 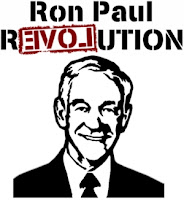 The California Secretary of State reports that Ron Paul got 21,416 write-in votes for president in 2012.

This is remarkable, considering that Ron Paul only got 17,006 California write-in votes in 2008, when he ran against the Libertarian Party's unpopular Barr/Root ticket.

Despite the LP's 2012 presidential candidate, Gary Johnson, being more popular among libertarians than the Barr/Root ticket -- and a stronger overall candidate -- Paul still increased his vote totals in California.

Perhaps part of the reason was the Johnson was too pro-war. Peacenik libertarians can feel proud denying the LP those additional 21,416 votes.