How Is It That Pillows Are Still Legal? 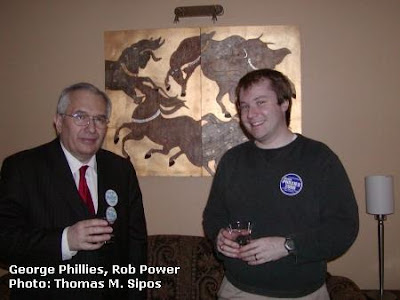 Little did Phillies know that, in the very next room, a heated debate over an especially controversial by-laws provision had erupted into violence! 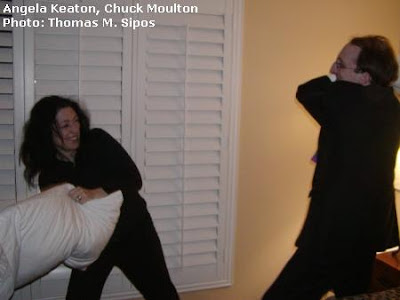 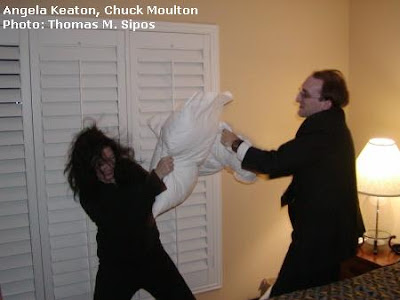 The two combatants lashed out with their death pillows, while shrieking competing interpretations of Roberts Rules of Order. 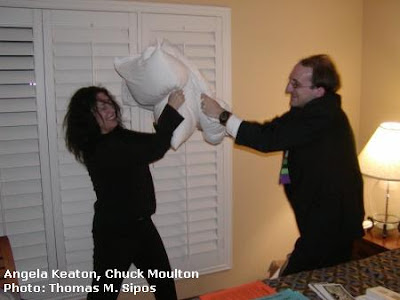 Fearing that hostilities may escalate into soft cushions and comfy chairs, libertarian onlookers began debating (1) whether the use of pillows violated the non-aggression principle, and (2) whether stopping the fight would violate the non-intervention principle. 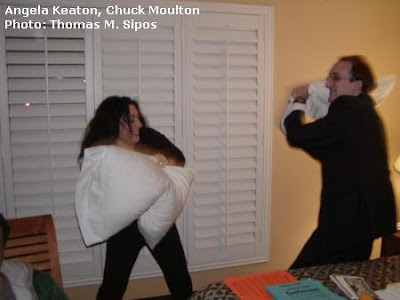 One Objectivist insisted that dropping a nuclear bomb on the combatants in order to prevent the proliferation of pillows in the hands of anarcho-fascists would be moral -- unless it were done for altruistic reasons.
Posted by Thomas at 11:10 PM 4 comments:

The pro-war Root is trying to recast his image, and (like the empty skirt, Christine Smith) ride Paul’s coattails to the LP nomination.

“Hey, I’m not Paul, but I’m just as good. Really, honest Injun, I’m just like him. Pay no attention to my past, pro-war pronouncements.”

Yet even now, Root says that the Iraq War was "a mistake," rather than that it was morally wrong. Nor has he pulled back his past pronouncements calling for war on Iran.

Now that Paul is out, I’m still hoping that Karen Kwiatkowski will jump in. (Pretty slim chance, at this late point, but I can hope…)

If not Kwiatkowski, then I guess I’ll support Kubby or Phillies, most likely in that order. Either is okay with me.
Posted by Thomas at 12:06 AM No comments:

(Below the results, I explain why they indicate nothing, apart from Root's failure as a candidate.)

Now, here's why Christine Smith's "victory" is really not a victory at all...

The "primary voters" for this election came from the 83-86,000 (last I heard) registered Libertarians in California. Unlike the 1,200+ dues-paying CLP members (from which the likely 50 or so CLP delegates to the LP national convention will be chosen), primary voters don't follow internal LP politics, so they're unfamiliar with the candidates.

It's thus not surprising that the only female name, Christine Smith, won. Sorry, but Smith won due to voter ignorance, and because of her sex. (And before you call me a "sexist," remember, I'm the one who's been promoting Karen Kwiatkowski for president these last several years.)

However, the real loser was Wayne Allyn Root. Root is the only LP candidate who is known to primary voters. Root's the only one who's appeared on Major Media for months now, doing talk radio and cable TV shows throughout Southern California.

And still, with all that Major Media attention, Root came in third.

I predict that neither candidate will be the favorite of the CLP (or national) delegation at the national convention.
Posted by Thomas at 9:23 PM 3 comments: