Rampell: In Our History you ask if there's "a potential wild card in an internal economic collapse of the empire"? Is America an empire? And if so, do you foresee the fall of the empire?

Stone: Yes. Yes, both. I don't think it's a wild card, I think it's a given. There's no way that we can continue this spending spree. In fact, I think in many ways the most interesting candidate -- I'd even vote for him if he was running against Obama -- is Ron Paul. Because he's the only one of anybody who's saying anything intelligent about the future of the world.

How do we go on being who we are? We have an identity crisis here. But as long as we keep running this fantasy through our minds that we can dominate history, it's not a wild card, it's a given!

Oliver Stone's admiration for Ron Paul is yet another example of Paul's strong appeal to progressives -- and to artists and youth.

This is the crowd the Libertarian Party needs to court if it is to have a future. Instead, the LP is being guided by the Clintonesque neocon Wayne Allyn Root, who insists that the LP's future lies in courting "conservatives" (i.e., the neocon/pro-war Fox News crowd).

Were he ever asked to "discuss" Stone, Root would likely just vomit out one of his boilerplate screeds, ranting about how Stone is a "radical Marxist" who "hates America" etc. Really, Root need only take one of his past rants (they all sound alike), delete "Barak Obama" and insert "Oliver Stone."

Ron Paul's strength is that he appeals to a broad spectrum of thoughtful Americans who have a serious understanding of the dangers of war and empire. Whereas Root has no strengths -- just a few mindless rants that he endlessly reworks and recycles.

That Root supports Gary Johnson is worrisome, and would make me hesitant to support Johnson, were I still an LP member.
Posted by Thomas at 7:42 PM No comments: 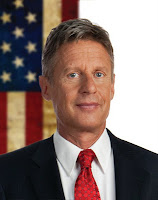 An interesting press release from the Council on American Islamic Relations (dated January 2, 2012):


On Tuesday, January 3, representatives of the Libertarian Party and the Green Party will join the American Muslim Taskforce on Civil Rights and Elections (AMT*) -- a national coalition of major Muslim organizations -- and other civil liberties group leaders at a news conference in Iowa to express their opposition to the unconstitutional nature of the National Defense Authorization Act's detention provisions.

This news conference is intended to convey a broad-based public response to President Obama's signing into law of the National Defense Authorization Act (NDAA) that authorizes the military to arrest and indefinitely detain American citizens suspected of terrorism without charge or trial.

WHAT: News Conference on New Law Authorizing Military Detention of U.S. Citizens "Without Charge or Trial"

AMT is an umbrella organization that includes:


This move by the Libertarian Party is especially interesting given Wayne Allyn Root's opposition toward Muslim outreach.
Posted by Thomas at 12:26 PM No comments: 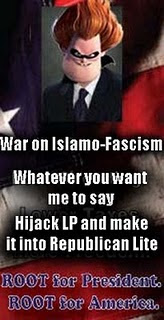 Wayne Allyn Root often brags this his articles are widely distributed. Yet it's always the same brainless boilerplate: "I'm so great, Obama is Satan, I'm so famous, I never saw Obama at Columbia, etc."

But how widely read an article is does not benefit Truth or Liberty if that article is a mindless rant.

Today I read a brilliant piece from Glenn Greenwald (a progressive), contrasting the respective moral merits of Ron Paul vs. Barak Obama. Greenwald's article is nuanced, intelligent, informed, and thoughtful, emphasizing understanding and insight over sledgehammer partisanship. It's the exact opposite of Root's moronic screeds.

Reading Glennwald's article about Ron Paul, one can only feel shame and grief that the LP is represented by the idiot scribblings of Root.
Posted by Thomas at 12:42 AM No comments: