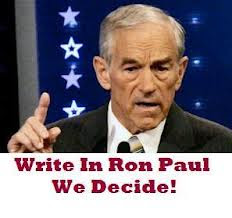 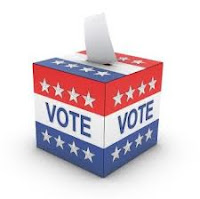 Here's something from the LPLAC [Libertarian Party of Los Angeles County] Yahoo Group:

I realize that Tom McClintock is not a big el Libertarian, but his philosophy is very close. Here is his take:

Either approve $36 billion in higher sales and income taxes or else Gov. Brown threatens to shoot the schools. Don't worry, the income taxes are only on the "very wealthy," but it turns out the "very wealthy" include many small businesses filing under sub-chapter S, meaning lower wages, higher prices and fewer jobs. California already has one of the highest overall tax burdens in the country and yet has just approved a budget to spend $8 billion dollars more than it's taking in. Moral of the story: it's the spending stupid.

Prop 31: Rotting Mackerel by Moonlight -- NO

This one shines and stinks. On the shiny side, it moves us toward performance-based budgeting, restores certain powers to the governor to make mid-year spending reductions and requires new spending to be paid for. On the stinky side, it provides a two-year budget cycle that makes fiscal gimmickry all the easier and locks into the Constitution an incredibly anal process for local communities to adopt "Strategic Action Plans" serving such open-ended new age objectives as "community equity" and nudges them into establishing regional governments to push this agenda. The purpose of local governments is to provide basic services, not to pursue utopian four-year plans.

Prop 32: Cutting The Piggies Off From The Trough -- YES

In the "It's About Time" category, this measure would finally prohibit unions, corporations, government contractors, and state and local governments from deducting money from employees' paychecks for political purposes without their express written consent. As Jefferson wrote, "To compel a man to furnish contributions of money for the propagation of opinions which he disbelieves and abhors is sinful and tyrannical." This puts an end to this despotic practice.

Here's a no-brainer: should car insurance companies be allowed to offer a discount to drivers who maintain continuous coverage? No, it's not a trick question. Under California's convoluted law, if you switch auto insurers you can't qualify for the continuous coverage discount. This measure says you can.

Prop 34: Lifetime Room and Board (and Sex-Change Operations, too) for Murderers -- NO

This abolishes the death penalty for first-degree murder. Enough said.

Prop 35 greatly expands the definition of "Human Trafficking" (already illegal), and greatly increases existing penalties. The problem is real and growing and needs stronger sanctions, although there are some provisions in Prop 35 that make it ripe for prosecutorial abuse, including limiting the ability of defendants to cross-examine witnesses and broadening the definition of trafficking to include those who never had contact with the victim. On balance, though, the good outweighs the bad.

After many years of rising crime rates, Californians finally struck back with the three-strikes law. It is actually a two-strikes law: after two serious or violent felonies -- in which one has murdered, assaulted, raped, robbed or pillaged his fellow citizens -- he is on notice that any further misconduct will remove him from polite society. Prop 36 would require that the third strike also be a serious or violent crime, giving dangerous criminals yet one more opportunity at atrocity. The Left predicted that "Three Strikes" would have no effect on crime -- in fact, crime rates have plummeted. When it ain't broke, don't try and fix it.

This is the latest effort of the Nanny Left to tell us what to eat. It requires foods that contain any ingredients resulting from biotechnology advances to carry the scary warning: "GENETICALLY ENGINEERED." There is not a shred of evidence that biotechnology is the least bit dangerous -- it often reduces the need for pesticides. To avoid branding their products with the Scarlet Warning, food processors would have to prove that every scrap and crumb in their fare is devoid of biotechnology or face crushing lawsuits. Grocery prices high enough yet?

Not to be outdone by Prop. 30, this measure heaps $120 BILLION of new income taxes on those earning more than $7,316 (the new millionaires and billionaires of California's impoverished economy). It's for the schools, of course. No doubt these dollars (which families would just waste on necessities) will be as well spent as the staggering fortune that we're already shoveling into the sclerotic school system.

This is a $1 billion per year tax increase on California businesses to subsidize a whole new generation of Solyndra scams. But remember, businesses don't pay business taxes; they only collect them from employees through lower wages, from consumers through higher prices, or from investors through lower earnings. Prop 39 might be bad news for California's employees, consumers and investors, but it's great news for the Nevada Chamber of Commerce.

This is a monument to the stupidity of some Republican Party leaders, who spent nearly $2 million of party funds to qualify -- and then drop -- this referendum to overturn the Senate reapportionment because several state senators didn't like their new districts. They had hoped to run in their old seats, but after qualifying the initiative found out they couldn't anyway. A "Yes" vote affirms that the new non-partisan Citizens Redistricting Commission works.

BUT WAIT A MINUTE!

Prop 34 -- YES on getting rid of the death penalty; the government has no right to kill people, as far as I am concerned.

Prop 35 -- NO on the sex trafficking measure; this will pass with 75% but it still has many bad provisions; our own Cop to Call Girl author, Norma Jean Almodovar, is one of the opponents.

Prop 36 -- YES on modifying 3 strikes, so that the 3rd strike must be a serious or violent one.

Measure B on the L.A. County ballot should be a resounding NO -- especially since my wife and I wrote the argument against it. This measure would force adult film actors to wear condoms.