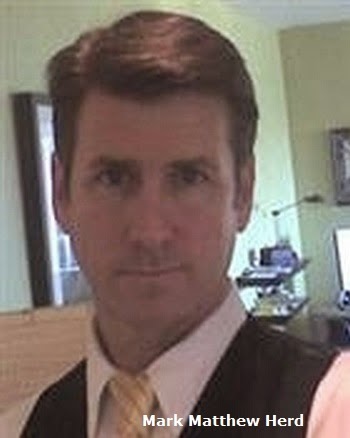 Since 9/11, even Libertarians have engaged in lunatic, Islamophobic Muslim-bashing. It is therefore refreshing whenever a Libertarian candidate or party official disavows such blind hatred.

Mark Matthew Herd is running for Congress in California's 33rd C.D. Here's an excerpt of what Herd says about Muslims:


"Charles Kurzman notes in The Missing Martyrs that there are remarkably few Muslim terrorists: less than 1 Muslim in 15,000 has even gone as far as attending a terrorist training camp, let alone engages in terrorism. Muslims have often provided the tips to arrest terrorists, and the intelligence needed to prevent or punish terrorists would undoubtedly be greater in a world where the US government didn't build up so much ill will. That is another sense in which current policy is unintelligent.

"We cannot indulge the ignorant desire to blame anti-American terrorism on a 'hatred of freedom,' '72 virgins,' or other such nonsense. After a suicide truck bomber killed 241 US Marines stationed in Beirut, Lebanon in 1983, President Ronald Reagan wasn't justifying this massacre when he decided to withdraw American troops from the Middle East. He understood that people, all people, hate foreign armies on their soil.

"Unfortunately, his successor, George H.W. Bush, went back into the Middle East to expel Saddam Hussein from Kuwait, and his stationing of American troops in Saudi Arabia after that war was specifically cited as the primary reason for Al-Qaida's declaration of jihad against America. Since then, of course, the US military has undertaken attacks in Afghanistan, Iraq, Pakistan, Somalia, Yemen, and Libya. If you were a Middle Eastern Muslim, might you think of some reason to hate Americans other than not liking freedom?

"The best form of anti-terrorism insurance is to remove all troops from the Middle East, stop attempts to either preserve or change their current governments, and end all government-to-government aid."


You can read the above text in full on Herd's website.
Posted by Thomas at 8:49 AM 3 comments: 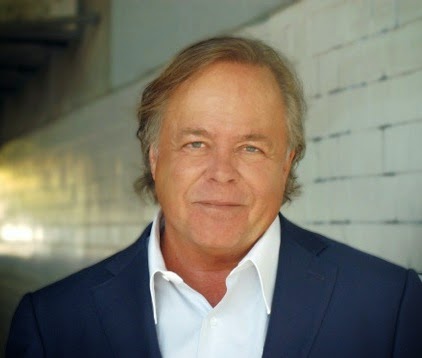 Tom Fox is running for Congress in the 33rd C.D. He's a former Democrat turned Independent.

Refreshingly, and unlike the New Agey Marianne Williamson, Fox does not shy away from using harsh terms like Neocon and Neoconservative.


"There is no shortage of Neoconservatives, or Neocons, that support American intervention at every turn. There has been support for American troops to invade Iran in order to destroy their nuclear research program. The cry for American military intervention in Syria has been going on for a couple of years now. Most recently, there has been an outcry for the American military to intercede in the Ukraine to stop the Russian advances in that region. There has been criticism for American troops withdrawing from Iraq as well as the planned withdrawal from Afghanistan. Looking at the instability of those hot spots, there is no rational reason for us to use our military force. Our involvement won’t be able to bring stability to the region, nor will it promote our national interest of defending our country.

"I came of age in the early 1970's when America was drafting its young men and sending them off to the Vietnam War. At that time, the young of America were very involved in protesting that war because it had a direct impact on us, we were being drafted and forced to go fight a war that didn’t make any sense to many of us. I vividly recall experiencing those, then rights of passage for every young American man: registering for the draft and receiving a draft card on the 18th birthday, and being glued in front of the television set on that evening once a year when the draft lottery numbers were picked that determined, based upon that birth date, the order in which they would be drafted that year. Once drafted, a young man was sent to 8 weeks of basic training and then off to combat....

"Historically, these wars of choice seem to have a pattern and they never end well. In the Vietnam War, the drumbeat for war was advanced by Hawks, the Neocons of the day. The American people were told that an American destroyer had been fired upon in Vietnam's Gulf of Tonkin. That act of aggression became the basis for the Gulf of Tonkin Resolution that resulted in American’s going to war. After the escalation of that war and sometime during the death of over 58,000 American service members and over 1 million Vietnamese, we later learned that the “attack” never occurred....

"In Iraq, we were told various stories by our leadership; that Saddam Hussein had collaborated with Osama Bin Laden and the Al-Qaeda in the planning and implementation of the September 11 attacks. We were also told that Saddam Hussein possessed weapons of mass destruction that he had used on his own countrymen, that he would use on us. We were told that the administration had proof, but it was classified and with that proof withheld from the American people, our country went to war.

"This time, however, Americans were encouraged to carry on their lives insulated from the horrors of war. Television cameras were banned by the administration from chronicling the caskets of our dead service members coming home. Their strategy was simple; keep the American people insulated from the financial, human and emotional costs of the war. The Iraq war lasted for about 9 years and has been the longest war in America's history.

"While the American people were insulated from the financial realities and the horrors of that war from the outset, they are accountable for them now and those costs now play a major role in our dismal economy....

"We have had a lot of debate about the federal deficit, spending and the allocation of our resources. We have heard from our leaders the wisdom of further tax cuts; future tax increases and for the elimination of Medicare and Social Security as well as the dismantling of our social safety net for our most needy citizens. Yet there is no discussion about one of the fundamental facts is that these wars of choice have added trillions of dollars to out national debt and, in a major way, to our current financial predicament and the plight of our veterans is largely ignored."


You can read this text in full on Fox's website.

Fox is also running against Libertarian Mark Matthew Herd, who also has some positive remarks on his website.
Posted by Thomas at 8:05 PM No comments: