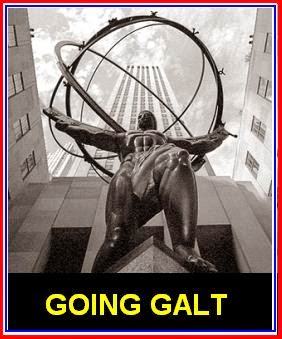 One reason libertarians oppose "anti-discrimination" employment laws is because they pressure employers to hire by quota rather than by ability. To avoid government prosecution for "discriminatory" employment practices, employers seek a "diverse" workforce, balanced along racial, ethnic, and sexual lines, irrespective of talent or ability.

Here's an interesting post from the Dalrock website, by an IT worker who "went Galt" rather than submit to one company's hiring practices:

I had to staff a very small team of programmers to get 3 websites built in under 6 months. My budget was tiny (had to have 3 direct hires, couldn’t even afford to pay a headhunter commission) but I knew what I needed. So I put an ad on Craig’s list asking for primaries only. After hanging up on all the head hunters trying to place people, 6 primaries sent me resumes direct and I was able to schedule interviews for 6 programmers, 4 men, 2 women. Problem is, HR also had to interview them. The 2 women didn’t have a clue about anything technical (had to have been lying about their experience on their resumes) BUT 3 of the 4 men did (plus the business understanding I needed from them because I couldn’t afford to hire any business analysts.) So I told HR I wanted to hire the 3 guys.

HR said no. They didn’t like 2 of those 3 guys I picked. They wanted me to hire 1 of those guys plus both of the women. So I scheduled a meeting with the VP of HR and with the President of the company, listed the meeting as “urgent.”

They took the meeting. It went down something like this:

(HR generalist girl VP) “Because we don’t feel that 2 of those men are good fit for the company.”

(HR generalist girl VP) “Well the two young men didn’t do very well in the screening that I have for candidates.”

(President) “Listen, we have to work together.”

(me) “But you hired me to get 3 websites built in 6 months. I am responsible. I get fired if that doesn’t happen.”

(President) “Ummmm… maybe, I don’t want you to get the feeling that… well…. we need to work together.”

(me) “Those two girls don’t know anything. I can’t use them. They didn’t pass MY screening.”

(HR generalist girl VP) “That is fine. You’ll just have to look for more candidates.”

(me) “I can’t use head hunters as I have no budget to pay them sales commission. I have no budget for media advertising. We need directs. These 6 people were the only ones to respond to the Craig’s List ad in two weeks that were direct. I can’t wait another two weeks. We need to move. I need to hire all 3 guys.”

(HR generalist girl VP) “I have already ruled them out in my screening.”

(me turning to the President) “So that’s it? You don’t veto her?”

(President now smiling at me) “Look we need to work together.”

(me) “You said that before. You also said that you would let me run my team anyway I see fit, no interference. You said you would enable me.”

(me pointing at her but not looking at him) “She is interfering. I’m done with her. Enable me by vetoing her.”

(President) “That is not going to happen.” (I can see the girl smirking from the corner of my eye.)

(me) “Okay.” (get up from the table) “You lied to me in the interview process. I quit. Build your own websites.”

(President NOT expecting that) “You can’t just do that.”

(President now sweating) “I want you to think very carefully about what you are saying to me.”

(me getting up from the table) “You forced my hand. You lied to me. I don’t blame her. She has an agenda of which I have no use for. I live in the world of reality and in reality I have 3 websites to build. You are not letting me do that. So… that’s it”

(President) “So basically its your way or the highway?”

(me) “Yes. Just like you said it would be when you offered me the job.”

(President) “Okay just… don’t quit. I need to talk to her alone for a moment.”

(HR generalist girl VP) “I’ll have to report back to the board of directors who hand out the VC money that you went over my head and hired two people that failed my screening. They have empowered me.”

(President) “Okay BOTH OF YOU, that is enough! I’m done fooling around here.”

(me) “I’m not fooling around, I want my sites built. Give me my guys.”

(HR generalist girl VP) “You can’t have them.”

(HR generalist girl VP) “I have a screening process.”

(me) “And I’m beginning to think that you would have screened me out if you interviewed me.” (turn to the President) “This is stupid. Goodbye.”

I left. The company was out of business inside of 6 months.

I didn’t want to go all John Galt on them but I didn’t have a choice. I had a family to think about and making those decisions would have jeopardized my credibility as the director of software development. When they don’t get stuff done, I get blamed because ultimately I hired them. I had to go find a job where I had real power.

The above post -- two posts, actually -- are by someone with the handle of "innocentbystanderboston" and can be found on this Dalrock thread.
Posted by Thomas at 9:27 AM No comments: