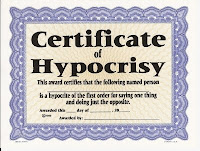 President Donald Trump is complaining that Saudi Arabia doesn't pay its "fair share" to have America defend them.

President Donald Trump complained on Thursday that U.S. ally Saudi Arabia was not treating the United States fairly and Washington was losing a "tremendous amount of money" defending the kingdom.

In an interview with Reuters, Trump confirmed his administration was in talks about possible visits to Saudi Arabia and Israel in the second half of May. He is due to make his first trip abroad as president for a May 25 NATO summit in Brussels and could add other stops.

"Frankly, Saudi Arabia has not treated us fairly, because we are losing a tremendous amount of money in defending Saudi Arabia," he said.

Trump's criticism of Riyadh, the world’s top oil exporter, was a return to his 2016 election campaign rhetoric when he accused the kingdom of not pulling its weight in paying for the U.S. security umbrella.

"Nobody’s going to mess with Saudi Arabia because we’re watching them," Trump told a campaign rally in Wisconsin a year ago. "They’re not paying us a fair price. We're losing our shirt."


It's true that Saudi Arabia is not paying the U.S. for its "protection." But how much is Israel paying for American support? Oh, that's right, we're paying for Israel's defense -- despite that fact that Israel is an extremely wealthy nation.

Trump's concept of "America First" seems to mean that all of our "allies" -- NATO, Saudi Arabia, etc. -- should pay the U.S. for whatever defense the U.S. provides -- with the exception of Israel.

In the case of Israel, we pay them. Even though, in the 1970s, Israel said they only required a few more years of aid.

There is no good reason for this continuing welfare/wealth transfer from the U.S. to Israel. Israel's survival does not depend on it. Israel takes the money -- demands the money and offers no gratitude -- because it can. Because Israel's lobby -- and its supporters in the U.S. establishment and media -- are powerful and unforgiving bullies. 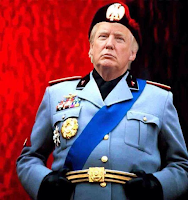 Ever since he became a serious candidate for president, Trump's foes have attacked him for being a "fascist" (among other things). Their insults intensified after Trump was elected president. And intensified still further after he assumed office and began issuing orders.

Ironically, after Trump's most fascist action yet -- his military strike on Syria -- those same critics are now praising Trump.

In every type of government, nothing unites people behind the leader more quickly, reflexively or reliably than war. Donald Trump now sees how true that is, as the same establishment leaders in U.S. politics and media who have spent months denouncing him as a mentally unstable and inept authoritarian and unprecedented threat to democracy are standing and applauding him as he launches bombs at Syrian government targets.

We are truly living in an Orwellian Bizarro World. While some of Trump's previous actions were not particularly libertarian, neither were they strictly fascist. Barring people from a country (e.g., Trump's Muslim travel ban and his attempts to deport criminal aliens) is not fascist. I'm sure many of Hitler's and Stalin's victims would have loved it had these dictators deported them rather than murdered them.

So it is ironic -- supremely ironic -- that Trump's critics, neoliberal and neocon, in media and in government, who for so long have excoriated Trump for being fascist, are now praising him for his most purely fascist act yet.

Sorry about our past insults, Mr. President. We were worried you weren't a real fascist. Now that we see you are, we'll stop calling you a fascist.

President Donald J. Trump has turned into a full-blown Neocon with his missile attack on Syria.

The U.S. military launched nearly 60 Tomahawk cruise missiles against a Syrian air base Friday, responding to mounting calls for a display of force in the wake of this week’s suspected chemical-weapons attack in Syria. The strikes represented the first time a U.S. military operation deliberately targeted the regime of President Bashar al-Assad...


"The first time." This means that Trump has escalated the war from whatever Obama had been doing. The WSJ quotes Trump as saying:

"It is in the vital national security interest of the United States to prevent and deter the spread and use of deadly chemical weapons," Mr. Trump said. "There can be no dispute that Syria used banned chemical weapons."


I guess the part about this attack being in the "vital national security interest" of the United States is meant to signal that Trump is still following an "America First" foreign policy. Sort of like his continuing generous foreign aid to Israel.

This attack on Syria comes shortly after Trump removed "alt right" figure Steve Bannon from the National Security Council, replacing him with the usual Neocon hawks.

President Donald Trump's chief strategist, Steve Bannon, has been removed from the National Security Council's principals committee, and top U.S. intelligence officials have been restored as permanent members, according to a new presidential memorandum.


It's beginning to look as if Trump has surrendered to the Deep State. After suffering political paralysis during his first two months in office, Trump is determined to become a historically "successful" president, even that means rubber-stamping the identical globalist, war-mongering policies of the Clinton, Bush, and Obama years.

Trump is becoming Obama in whiteface. Who, in turn, was Bush in blackface.