France Has Always Been Oceania's Ally

The Neocon Party Line regarding France has changed.

On June 25 I was listening to radio's John Batchelor Show. John Batchelor is a hardcore, pro-war Neocon. He was interviewing some guy and they discussed France's historical conduct in war. 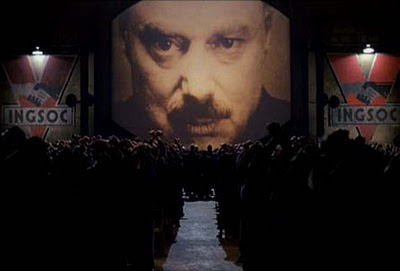 The two men praised France's centuries-old, warrior tradition. They spoke of how France revered battlefield courage and the military spirit. They cited France's conduct in Vietnam, how France remembered and honored its Vietnam vets because, despite losing, they fought bravely.

Now, whatever the truth of falsehood of John Batchelor's analysis of French military culture, I remember that only a few years ago, American Neocons universally and incessantly reviled the French for being cowards.

I suppose that, earlier this decade, France wasn't a strong enough supporter of American adventures in the Mideast. Then France elected the more pro-war, pro-American military, pro-Israeli military Nicolas Sarkozy. So now France is lionized.

Understand, I'm not complaining about anyone saying that this particular French administration was better or worse than that French administration. What I find laughably -- and creepily -- Orwellian is the blanket praise or condemnation by which an entire nation, culture, and history is judged, based on current events.

When a French administration, earlier this decade, failed to support American Neocon efforts strongly enough, ALL of French history and culture was to be universally condemned and despised as cowardly and evil. (Or, as the Neocons put it, "lacking a moral compass" or "lacking in moral clarity.")

But now that the current French administration is more friendly to U.S. and Israeli policy, ALL of French history and culture is to be universally praised and admired.

This is the essence of political correctness. No subtlety or nuance. (Yes, nuance is good.) This is the politically correct, knee-jerk "thinking" by which liberalism was characterized in the 1970s, and into which conservatism descended during the 1990s.

What's called "conservatism" these days is simply Orwellian parrot-speak, with the Party Line changing on a dime.

(Neocons whined that Napoleon was Corsican, and Charlemagne was German, so they didn't count as "French" -- so the French were still cowardly surrender monkeys.)

Until Oceania's Neocon Party Line changes yet again. It's doing so now on Turkey. It's done several times over the past decade on Russia.
Posted by Thomas at 10:32 PM