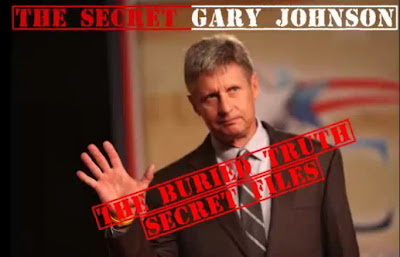 Gary Johnson is no Ron Paul.

Unlike the stridently antiwar/anti-interventionist Ron Paul, Gary Johnson (the former New Mexico governor seeking the Libertarian Party's 2012 presidential nomination) has been vaguer about his foreign policy views. As if he were trying to be all things to all people, afraid of offending peaceniks and Neocons alike.

But a recent Daily Caller interview exposed some of Johnson's views.

According to the Caller:


[W]hen pressed on foreign policy topics throughout the interview, Johnson gave answers that didn't always seem to add up and were often, at best, unorthodox positions for a man who has been painted as a non-interventionist.

While Johnson positions himself as a strong antiwar candidate who wants to cut the defense budget by 43%, he told TheDC that he supports America's efforts to aid African troops in tracking down Lord's Resistance Army leader Joseph Kony and that he wouldn't rule out leaving behind American bases in Afghanistan.

Johnson said that while he wants to end the war in Afghanistan, that doesn't mean he would necessarily stop drone attacks against terrorists in Pakistan or Yemen, even though he believes they create more enemies than they kill.

"I would want leave all options on the table," Johnson said. "But there’s an unintended consequence when it comes to drone attacks in Yemen. Yeah, you take out the al-Qaida stronghold, but you also wipe out the other half of the block. That makes Yemenis against the United States for the rest of their lives and all their descendants."

But if Johnson plans on leaving Afghanistan, how does he plan to leave the option of a drone campaign against al-Qaida elements in Pakistan on the table?

"So now you have the U.S. bases that exist in those areas, do we shut down those military bases? Perhaps not," he suggested.


Now listen to Johnson contradict himself:


Johnson adds that the U.S. should stay in the Middle East. Which means we should keep funding Israel and fighting its enemies. Or as the Daily Caller reported it:


Johnson said that while he favors withdrawing or reducing American forces based in Europe and the Far East, the Middle East is a region of the world the U.S. should remain in.


As the interview progresses, Johnson seems ever more confused. Although, I suspect he's not so much confused as trying to be all things to all people.


But despite Johnson saying he thinks that the Middle East is a region of the world the United States should maintain a military presence in, he contended that there are "no military threats" to the U.S. anywhere in the world.


"As I'm sitting here right now, there are no military threats against the United States," he said, stipulating that America should be "vigilant" against terrorist attacks on the homeland."


Does this mean that Johnson supports America's growing National Security State, with its TSA, invasion of privacy, and all. If not, what specifically does Johnson mean?


Last year, The Weekly Standard reported that Johnson told the publication that he supported the concept of waging wars for humanitarian reasons despite wanting to cut the military budget by nearly half. Asked whether he stood by that, Johnson said he did.

One intervention Johnson said he supports is the U.S. mission to help capture Joseph Kony, the leader of the Lord's Resistance Army, which Johnson believes is arguably the "worst terrorist" group in the world.

"Based on what I know, yes," Johnson said, indicating his support for the mission to capture Kony. "Based on what I understand about it, that arguably this is the worst terrorist group that's been on the planet for the last 20 years."


That last statement is an interesting soundbite. It can be taken to read that Johnson thinks the Lord's Resistance Army is worse than al-Qaida. I have no idea if it is, but I can see how the conservative Right can beat Johnson over the head with that quote.


Finally, if you've read this far, here's an interesting video I found about Gary Johnson. Make what of it what you will: