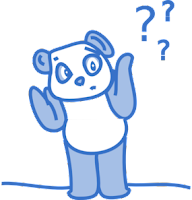 Gary Johnson's foreign policy is a confused and confusing mixed bag. Some of his proposals are specific and positive, others vague and troubling.

He's clear about wanting to end some current wars and decrease the Pentagon's budget, yet he also leaves the door open for future interventions and foreign aid.

We should bring our young men and women home -- and vow to never again fight an 11-year war when our mission was complete in six months.... It took [Obama] three years to bring our troops home from Iraq. And Afghanistan? We're still there, ten years, too many lives and hundreds of billions of dollars longer than necessary.

Johnson advocates an immediate U.S. withdrawal from Afghanistan. He thinks we should have left earlier. But as he later makes clear, he still supports the initial invasion.

[W]e spent hundreds of millions launching missiles into Libya to topple the leader of a sovereign nation. Gaddafi was not a guy I would want running my country, but we took him out with no clear understanding of what -- or who -- might follow.

Johnson sounds ambivalent about the Libya intervention (as were many conservatives). He implies that he's uncomfortable with Obama's Libya war, but that he might have supported it if the outcome were assuredly beneficial, but that we had "no clear understanding" of the possible outcome at that time.

Americans are looking for a non-intervention choice [in the 2012 election], and there is one. I opposed the Iraq war from the beginning.

Every politician is non-interventionist regarding at least some conflicts. A Libertarian candidate should clearly and specifically go beyond that.

There was no threat that required an invasion [of Iraq], and there are a host of unintended consequences -- from an empowered Iran to a loss of standing with long-time allies.

Not specifically bad, but vague and troubling between the lines.

Johnson worries about "an empowered Iran." Does this mean he thinks a war against Iran is likely more justifiable in the future?

Also, what does he mean by "a loss of standing with long-time allies"? Does he mean that some of our "allies" are displeased with the U.S.'s invasion of Iraq? Perhaps, but which nations does he mean?

The Israeli government (if not all Israelis) lobbied for a U.S. invasion of Iraq. Britain and the Anglo nations (Canada, Australia, New Zealand) were enthusiastic allies of America's invasion.

While the U.S. suffered a "loss of standing" in the eyes of many people across the globe, I truly don't know which nations Johnson means by "long-standing allies"?

I supported going in to Afghanistan to uproot al Qaeda. We did that, quite successfully, in a matter of months. The Taliban was humbled and al Qaeda scattered to the winds -- all within a year.... A President Gary Johnson would have declared mission achieved in 2002 and brought our troops home.

Johnson supports ending the Afghan war now, yet he still supports the initial invasion. Contrast this with former LP presidential candidate (in 1996 and 2000) Harry Browne's proposals after 9/11, which focused on ending U.S. interventions and warned against invading Afghanistan.

I pledge to reduce military spending by 43% -- to the disbelief of those who refuse to let go of interventionist, nation-building foreign policies.... if we stop playing offense and focus on defense, a 43% cut in military spending is not only feasible, it will still leave us as the preeminent military power on the globe.

This is good as far as it goes.

Do we need hundreds of thousands of American troops in Europe and Japan? Can we not get by with only enough nukes to eradicate mankind 8 or 10 times? Do we need to have a military base in every nook and cranny of the world?

Johnson specifically cites Europe and Japan as places from which to withdraw U.S. troops. That's good -- but what about U.S. troops in the Arab states, such as Saudi Arabia? Johnson implies that he might have other nations in mind for withdrawal, but I wish he were more specific.

I advocate the use of strategic alliances to allow military obligations and needs to be more equitably shared.

We are bankrupt. We cannot continue to bear the burden of protecting the entire world.

True. We cannot protect the "entire world." Not that the U.S. ever tried to protect the entire world, just those nations with economic value or powerful lobbies.

The only foreign aid we should offer is that which, in fact, produces savings and a positive cost-benefit for America.

I don't see how giving money to foreign nations can create "savings" for the U.S. Rather, every beggar nation (no matter how rich) will say, "Subsidizing us will save money for you!" Johnson is providing a "libertarian" talking point as cover for foreign welfare clients.

A principled policy of non-intervention does not require pledges to never ever send the military into conflict beyond our borders. I would like to think America would act to stop a Holocaust.

The Holocaust is an emotional button, often pressed to end debate. Yet this century has seen many Holocausts (e.g., Rwanda, Uganda, Bosnia, Cambodia, Ethiopia, Persia, and the former USSR), albeit by other names. There will be more. If Johnson wants the U.S. to stop them all, then he wants the U.S. to be the world's policeman -- an empire, with all the requisite costs in treasure and blood. If he only wants to stop some of them, then by what principles will he pick and choose?